Total Football Analysis Magazine
Advanced Search
The Women’s Champions League has reached the quarter-final stage, with some mouth-watering ties taking place, including Chelsea Women against German giants Wolfsburg, whilst Paris Saint-Germain Feminines are facing domestic rivals and defending champions Lyon Feminin. However, one of the ones that caught the eye was Barcelona Femeni against Manchester City Women. Both sides have been in great form recently, so it was likely that the game, held in Monza, Italy, for COVID reasons, would give us some high quality football to enjoy. With that in mind, this tactical analysis will look at the tactics Barcelona used to win the game, whilst we will also look in this analysis at how Manchester City struggled to get into it, as well as the alterations they made in the second half. 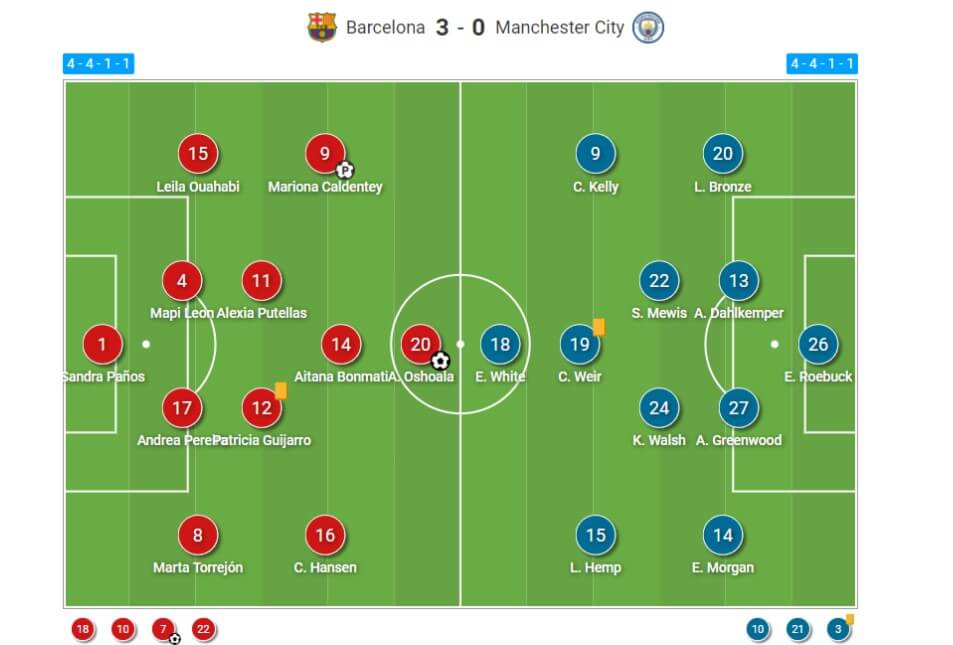