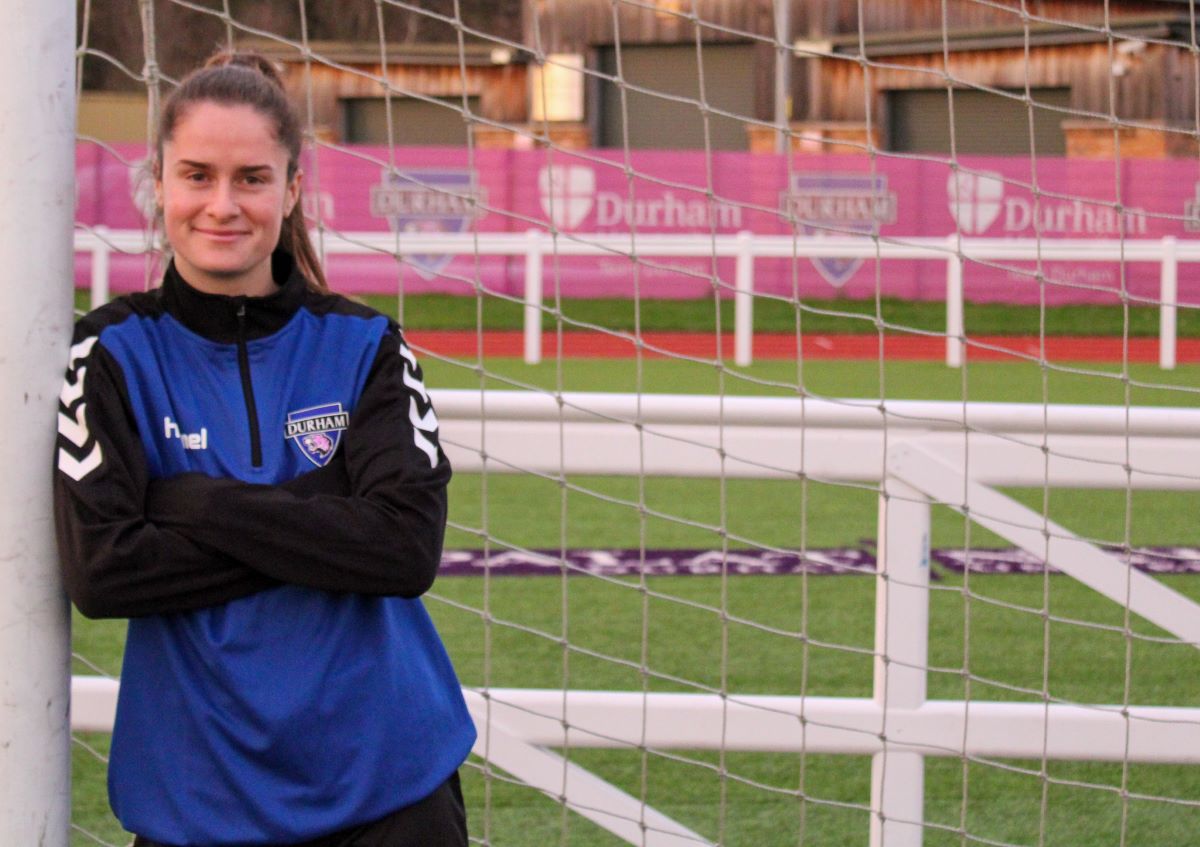 Durham Women have signed 25-year-old striker Rio Hardy from Coventry United for an undisclosed fee.
Hardy, who gained UEFA Women’s Champions League experience with Apollon before joining Coventry in the summer, said: “It’s great to finally be here.
“I’ve met all the girls and they’ve all been so welcoming, so I can’t wait to get started.
“Durham are always there or thereabouts at the top of the league, and that was something I was looking for.
“It’s a good fit for what I want to do and what the club wants to do.”
Head coach Lee Sanders added: “I’d like to welcome Rio to Durham on behalf of all the staff at the club.
”I’m delighted that we’ve been able to sign a player that we’ve looked at for a number of years now.
“She’s a Northern girl and understands the values that we have at the football club, and it’s an area that we identified that we do need to improve on.
“Hopefully she’ll come in and help to improve that through assisting and scoring.”
#WEURO2022: Heritage Programme to celebrate history of women’s football
Would you like to read more women’s football news just like this? Sign up to receive the She Kicks Women’s Football newsletter
#WEURO2022: Heritage Programme to celebrate history of women’s football
Rinsola Babajide signs for Real Betis Féminas
Durham defeated Sunderland to take back top spot in the FA Women’s Championship from Liverpool. Lewes 1-0 Blackburn Rovers Sunderland 0-2 Durham Charlton Athletic 2-1 Bristol City Coventry United 2-3 Crystal Palace London City Lionesses […]
Dalgleish, 18, joins the Wildcats having spent several years at Celtic in the Scottish Women’s Premier League. She joined the Hoops’ U-15s but Durham say her potential was quickly noticed and the versatile player was […]
Durham Women’s Sarah Wilson, Beth Hepple and Ellie Christon have all agreed to remain with the Wildcats until 2023. Wilson was a key part of the defence that registered the joint-best defensive record in the […]
Copyright © 2022 | MH Magazine WordPress Theme by MH Themes