Grassroots of women's football and its barriers – SBS

What are some of the barriers seen at the grassroots of women’s football?
Tracy Wang has been enthusiastic about football since she was a little girl back in China.
However, like many Chinese girls, she was forced to give up football under her parents’ pressure at a young age. In the People’s Republic of China, education has long been examination-oriented, and as a result, both teachers and parents rate academic performance the most important aspect of school life, consequently sports like football are marginalised or simply neglected.
Tracy came to Australia  as an international student in 2014 and fulfilled her dream to be a football player, when she joined the university’s football club. She now plays for the Old Xaverians Soccer Club in Melbourne.
When Noopur Powale was a college student in India, she had to gather other football enthusiasts, to “convince” the sports department to start a women’s football team. Universities and other institutions rarely had women’s football team, says Noopur.
“I have seen that journey for myself as well, where you have to start from scratch” 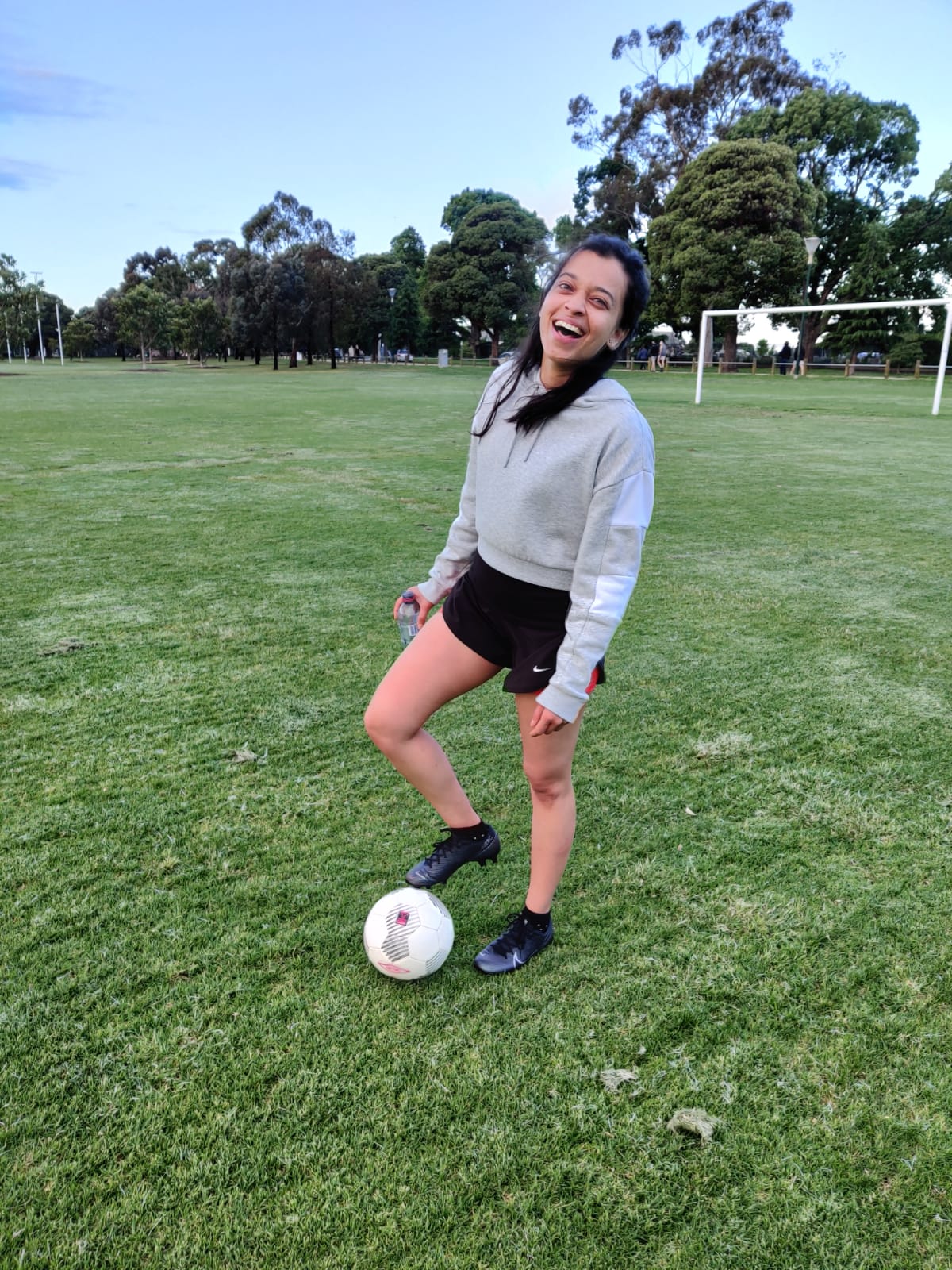 Noopur Powale is trying to increase the participation of women in social football.
Noopur Powale

When Noopur  arrived in Australia in 2019 to complete her master’s degree, she was surprised that opportunities for women to play football was readily available.
She is now an active member of the Melbourne Social Soccer Inc., a not-for-profit organisation with a mission to “encourage cultural exchange and diversity” through playing football.
She says that majority of its members are men, and feels that there are not enough awareness about organizations such as the Melbourne Social Soccer, where women can enjoy soccer socially.
Sara Jingu started playing football when she was 5 years old. She now plays in the skills acquisition program (SAP), which underpins the National Premiere League . Sara says it is rare to see a footballer who is of Asian heritage, playing at her level.
“Football can be physical at times” says her father, adding that girls of Asian heritage are often smaller in physique, such that parents maybe worried of injuries.
Nevertheless, Sara dreams to join the Matildas and “Win the gold medal at the Olympics and win the world cup”
Listen below to the second episode exploring the barriers of women’s football at its grassroots:

Grassroots of women's football and its barriers
Embed Download
00:00 00:00

SBS acknowledges the traditional owners of country throughout Australia.

Women’s Championship: Who can follow Man Utd, Villa and Leicester and make it to the…